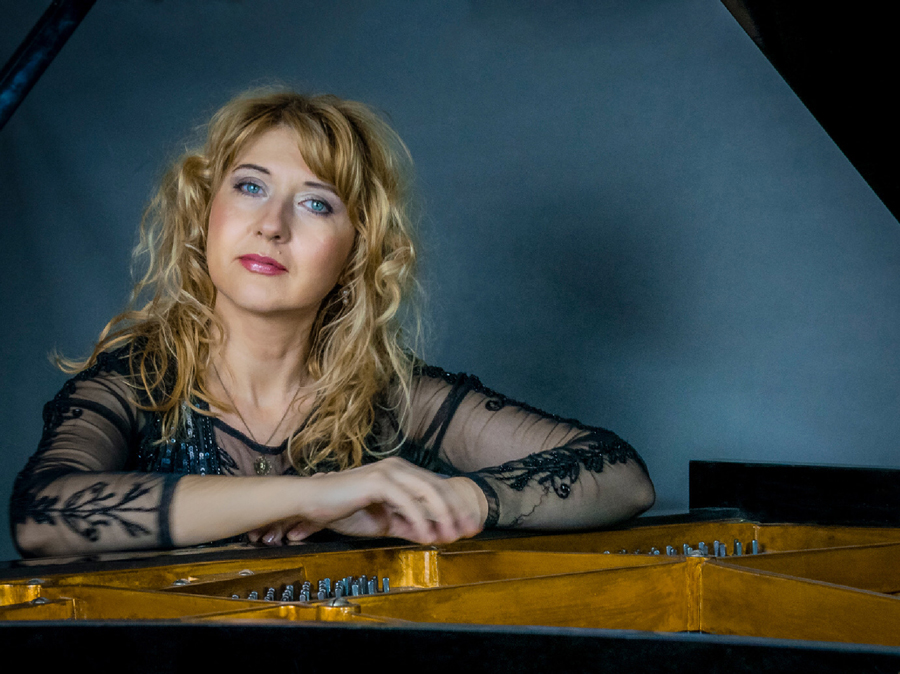 Poland
Head of the Jury

Katarzyna Vernet was born in Krakow.

She started learning to play the piano at the age of five. She played her first hour-long recital with a piano concerto in its second part at the age of nine. At that time she performed in concerts at the Cracow Philharmonic and at the Association of Polish Musicians. It was then that she began to receive the highest awards at national piano competitions.

After the death of her teacher, director Lesław Grzyb, a student of Tadeusz Żmudziński - the outstanding pianist and pedagogue, she continued her education in Katowice in the class of Professor Józef Stompel. She often performed with the professor at the "Master and pupil" concerts in the F. Chopin Society and at the concerts of outstanding talented youth in the Katowice Radio and TVS. She received her high school diploma at the age of 16 and then began tostudy at the Academy of Music in Katowice. During her studies, which she completed with the highest marks, she worked under the supervision of Professor Andrzej Jasiński and Professor Beata Bilinska.

The desire to extend her knowledge about art of piano resulted in postgraduate studies in the class of Prof. M. Herbowski at the Academy of Music in Krakow, with which she has been associated since 2007, and the desire to broaden her horizons in various disciplines - graduation from a postgraduate course in Cultural Management in the European Dimension.

Continuing her musical path, she also undertook doctoral studies at the Academy of Music in Krakow working under the supervision of Professor Mirosław Herbowski. The subject of her doctoral dissertation was the works of Maurycy Moszkowski, a pianist, composer and pedagogue highly regarded in his time. The dissertation was devoted to the issues of piano virtuosity on the example of works selected from the composer's entire output for solo piano. Among the selected compositions, which were recorded on CD, there were mostly world premieres of works by M. Moszkowski.

She is a laureate of the highest awards and distinctions received at national piano competitions and auditions in Katowice, Warsaw, Olsztyn and Białystok, as well as international ones in Göttingen and Ettlingen.

As the youngest participant she took part in the 13th International Chopin Competition in Warsaw, which was preceded by numerous concerts, often three in one day.

She has made recordings for Polish Radio and TV, and her recordings of works by Fryderyk Chopin promoted Poland on foreign TV stations during Euro 2012.

Her musical activities revolve around work at the Piano Department of the Academy of Music in Kraków, although she is also associated with concert activity, conducting piano courses and workshops, as well as being invited to serve on the jury of competitions. She actively promotes the piano art of other artists as artistic director: "Chopin Concerts" organized in Cracow and "International F. Chopin Easter Festival".

We invite you to listen to a virtuoso sonata by Ludwig van Beethoven performed by the chairman of the jury, Dr Katarzyna Vernet.